Culture and Brain, or: Why our grey matter is part of our culture

The human brain is a relationship organ engaged in a lively exchange of information with the environment. Surroundings and cultural imprint influence our perception. Whereas some see the pike in the pond, others see the small carp.

When you’re in the distant Asian region, you will quickly notice that the perception is partly very different. Europeans and especially North Americans are very much focused on the perception content, the big fish in the aquarium. In contrast, Japanese for example, are more likely to perceive the context in which the big fish moves around, i.e. the plants or the other fish. In fact, this was systematically examined by a group surrounding American psychologist Richard Nisbett: Japanese college students described the small fish and plants much more thoroughly in their perceptions and reacted faster to them (reaction times) than their American colleagues. The American college students were more likely to notice the “big fish” and reacted quicker to it. In contrast, they weren’t able to say much about the other fishes or the plants in the aquarium. You may say well of course! Americans always think big and are focused on the big fish, no matter if it’s in an aquarium or in real life. No, here it’s not about the big fish versus small fish, big or small. It’s more about content versus context. The big fish is the central content or subject matter of the aquarium; the small fishes and plants provide the context. The perception of American college students focuses more on the content while neglecting the context – the big fish is perceived isolated and out of context. For Japanese college students, the complete opposite is the case. They’re more likely to perceive the context, the small fishes and plants, and look at the big fish as part of the whole aquarium. Context, not content, plays a crucial role here. But what does the differentiation between the perception of content and context have to do with the brain? This is what American neuroscientist Denise Park examined with the help of functional magnetic resonance imaging (fMRI) of the brain. The areas of the brain reacting to certain contents, such as the big fish, were activated stronger in North American participants. In contrast, the same areas were only mildly activated in Asian participants, whereas areas reacting more to context were activated more strongly. The deviating relation between content and context in North American and Asian participants can also be seen in the activation patterns of the brain.

Culture and Brain – do they really go together? If judged by their color, then no. The brain and its convolutions appear gray, whereas the culture and its various expressions are rather colorful with dazzling pigmentations. The brain sits inside our scull; culture is located outside in the world. Gray versus colorful, inside versus outside, nature versus culture, neurosciences versus cultural studies; no, culture and brain do not really go together.
However, it is reality that thwarts our cherished opposites. Recent discoveries show that the brain’s gray matter, or the neuronal activity, as the expert academic says, can very much be influenced by culture by all means. So do we have to replace the contrast of brain versus culture with the interlocking of brain and culture? Let me illustrate some examples from my recently published book “How Does Culture Get in Our Head: A Neuroscientific Journey between East and West” (Springer Spectrum 2015).

Georg Northoff is a psychiatrist, neuroscientist and philosopher who teaches at a professorial chair specifically established for him: „Mind, Brain Imaging and Neuroethics” at the University of Ottawa in Canada. He holds a professorial chair in China as well. His research focuses on the interrelation between neuronal activity and mental states such as self and awareness. His latest book deals with neurological and psychiatric case histories and what they can teach us about the human brain (see our reading suggestions. )
Further information available online at www.georgnorthoff.com

You’ll say stop! It’s not so easy. There are more parts of the world than only North America and the Far East with Japan and China. There’s Europe in between and the Near and Middle East. Africa and South America should not be forgotten either. Therefore, generalized statements are to be treated with caution. The examples we illustrated here could potentially be extreme examples; two extremes on an underlying continuum between context and content. These varying degrees or nuances in the relation between content and context have been rather neglected by research, which often focuses on extremes.
Besides perception, culture also affects the self. Our self is pivotal to us. We feel like ourselves when we wake up in the morning. It is my own self that feels fatigued and is not well-rested. I see my own self in the mirror. And it is my own self that experiences boredom when having to sit through another long, administrative meeting. So what is the self about?

For a long time, the self was a popular topic in philosophy. It was associated with the mind and reasoning as a function of the mind, which lead to the famous phrase of philosopher René Descartes: “I think, therefore I am”. We know better today. The self does not originate in the mind but in the brain. Certain networks of brain regions become particularly active when we perceive self-referred stimuli or events. For example when you present words, which have significance to you, to participants and compare them to words with no significance, primarily regions along the axis of the brain will be activated. This is the so-called the midline- region of the brain.

The self does not originate in the mind, but the brain. -Georg Northoff

Imagine you’re from Heidelberg. You’re presenting a picture of Heidelberg in the summer in the sun and compare it with a picture of Ottawa during a snowstorm at minus 35 degrees Celsius. In your brain, the picture of Heidelberg will activate the midline-structures, whereas in my case, an author living and having to survive the winter in Ottawa, the picture of Ottawa will be a more self-referred stimulus. That’s how our self and the activation of our midline-structures depend on our personal context.
The cultural scientists will object and say: not only from a personal, but also a cultural context. Studies have shown that our cultural context significantly shapes the way our self develops. It is also apparent to Europeans that North Americans place a high emphasis on their self:“ You can achieve anything if you strengthen your self; and when you’ve become wealthy, you can even become the president of the United States.”
Anything is possible for the self. And to achieve that, there is a huge market of self-help books. There, the own self is more or less considered independently from the context, as a so-called “independent self”: No matter what the context is like, ideally, only the self must be strong enough to achieve any goal.

The self is a relationship

It’s different in the Far East, in China, Japan and other cultures in this geographic area. Here, the self is not perceived as independent from context as an autonomous entity. Instead, the self is perceived in context, i.e. in relation to another person. The relation to others defines the self, not independently of them or exclusively through one’s own abilities. Thus, the self in the Far East is a rather interdependent than independent self, as common in North America.
But how does the cultural distinction between interdependent and independent self correlate with the brain? A Chinese scientist examined the brain of Chinese and American college students with fMRT and presented them with words related to their own self or other people like their mother. What happens now in the midline- structures? The American students, completely focused on themselves and their abilities, activated the midline regions only when words related to their self’s appeared. Words related to other people did not trigger any activation in the brain. “Can’t have anybody other than myself activating my precious brain, because after all, my self is independent, in control and regulates my brain” were statements heard from the American college students.
Chinese students were quite different. Even words related to other people caused an activation of the midline regions. The closer the other person was tied to the self, like one’s own mother, the stronger the midline regions were activated. Here, the self and his relation to others – his interdependence – determine the intensity of the activation in the midline regions. The self is a relation that can be seen in the brain.

In exchange with the environment

You may say “but that’s strange”. How do relations get into the brain? Is that where only the own self is and not any other self’s, which the first self develops a relationship to? In other words: the brain can only represent abilities of the own self, but not relationships to other self’s. But exactly that seems to be the case and has been confirmed by now. Our brain reflects the relationship between the self and its respective environment. So the brain doesn’t appear to be quite as isolated from the environment, sitting beneath that skullcap up there. Instead, i t engages in an active exchange with its environment, allowing the relationship to the environment to determine the neuronal activity, despite the brains physical isolation inside the skull. In conclusion, our brain is rather neuro-social or neuro-cultural than purely neuronal.

How does the culture get in our heads?
How do es culture get into our head and brain? Currently, we don’t know yet the precise mechanisms that turn neuronal activity of the brain into neuro-cultural activity. What we do know, is that the neuronal activity in the brain depends strongly on the cultural context. The brain is a neuro-cultural organ. It is a relationship organ which conveys the relations and reciprocal influence between self and cultural environment. Because this is how our brain works, cultural differences are basically settled in the neuronal activity patterns of the brain. Ultimately, culture is “neuronalized” the same way the brain is “culturalized”.

Therefore enculturation and embrainment go hand in hand. And this is only possible due to the relationship to our environment that our brain continuously establishes and constructs. Thus, our brain is a neuro-cultural relationship-organ!

Georg Northoff: A Journey between East and West

Neuroscientist Prof. Georg Northoff describes the differences in the style of thought between different cultures in an entertaining and articulate way. In a combination of fictitious dialogues and non-fiction book, Northoff explores the question of how cultural differences shape our brain structures and their impact on them. The range of subjects reaches from perception in general to music and depression. 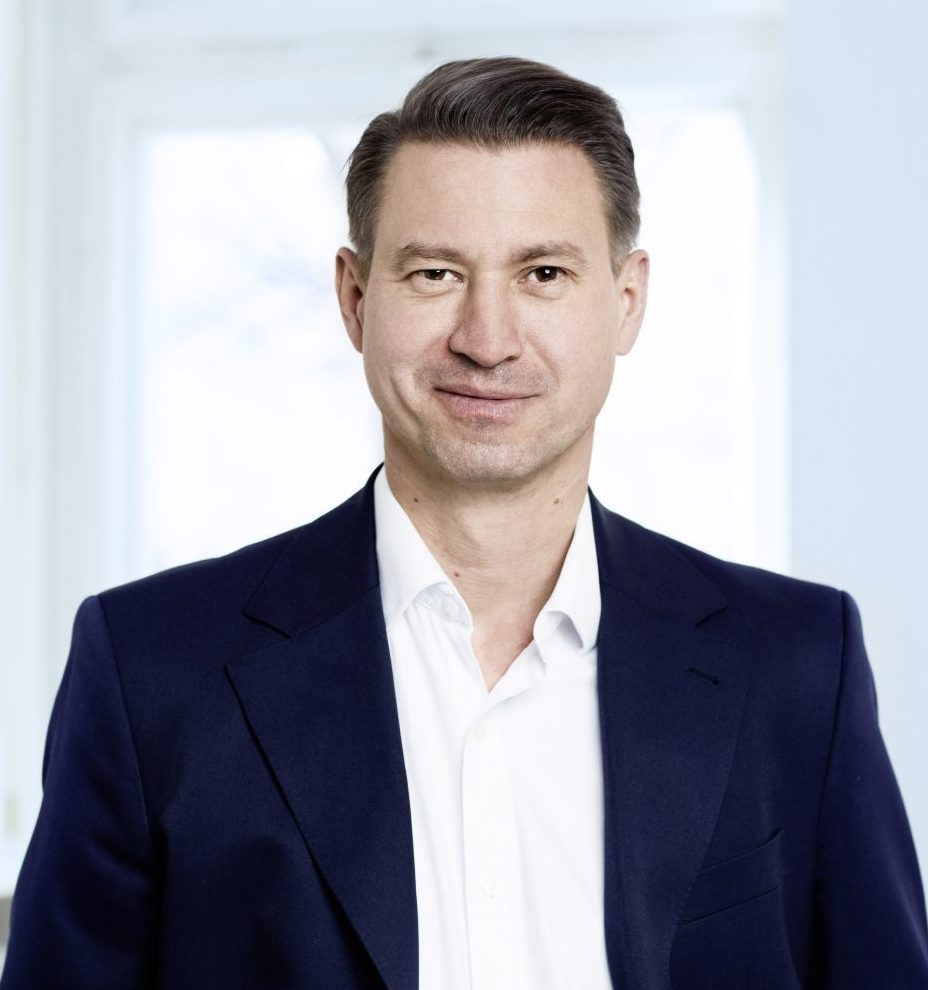 Marketing business enthusiast with a bespoke love for brands, strategies and brand experiences along the entire customer journey. 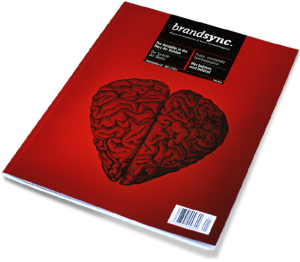 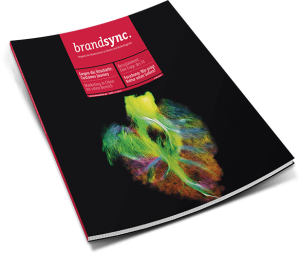